interpals search forums online (4207) language exchange
Error : Oops! If you are seeing this, your browser is not loading the page correctly. Please try pressing Control-F5 to force reload the page. If this doesn't work, you may need to update your browser :
Download Firefox | Download Chrome | Download IE 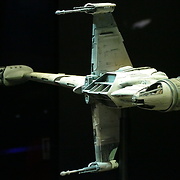 Reply - Conversation - Jan 3
Yeah, but that's not a request - that's a statement! An inaccurate one, but a statement. ;) UotS was the shizz! (dancing all around)

Reply - Conversation - Jul 21, 2018
For those who aren't aware, "juliealisoncros" or "Julie Cross" or "JulieACross" are all some sad idiot man pretending to be a teenage girl. And the reason you won't see him put up photos is because the last time he did, someone found the French site he was using for the one single profile photo (he's so dense he kept trying to use the exact same photo for every single one of his fake profiles - what a muppet XD) - once he was reported he basically gave up but still insists he's actually called Julie Cross. Yeah best of luck with that one, dickhead.