interpals search online (3851) language exchange
Error : Oops! If you are seeing this, your browser is not loading the page correctly. Please try pressing Control-F5 to force reload the page. If this doesn't work, you may need to update your browser :
Download Firefox | Download Chrome | Download IE 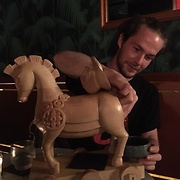 Reply - Conversation - Jan 10
If people used as much filters in their brain, as they use in their selfies, the world would actually be a nicer place and less like a turd with some sprinkles on it. - Buddha

Reply - Conversation - Jan 3
Well, as mirror selfies seem to be all the rage, here I go, though what surrounds the mirror is way cooler, then what you can see inside.
Cheers.

Reply - Conversation - Dec 23
I wonder if people asking for people to be open minded, realize, that they thereby prove, that they aren't open minded themselves, as they are negating people they might consider close minded to contact them?
Wouldn't an actually open minded person avoid contacting someone, that is clearly in self denial and expects others to do something they obviously do not do themselves, while wishing to think more positively of themselves, than they actually are?
Similar would most likely apply to people asking for "only good vibes" and that seem oblivious of the fact, that it is by itself a negative vibe towards anyone, that may not fall under that definition of often superficial positivity.

Reply - Conversation - Nov 20
And painting some more.
Not your typical selfie, but who wants to see me take a selfie anyway.
Hers is much more interesting

Reply - Conversation - Oct 23
If there is one thing I have learned about open endings, it's that