interpals search online (5208) language exchange
Error : Oops! If you are seeing this, your browser is not loading the page correctly. Please try pressing Control-F5 to force reload the page. If this doesn't work, you may need to update your browser :
Download Firefox | Download Chrome | Download IE 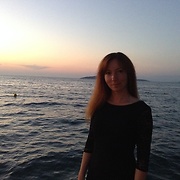 Reply - Conversation - Jul 15, 2014
because, its so big, it has a nice climate, i know a lot of russians here and they are so nice, i like the language, etc, and because I love the jewish people (I KNOW THAT MOSTLY YOU ARE CHRISTIAN ORTHODOX but wait) but I don't want a jewish state, and in russia they are many jewish communities and culture.

I don't hate Israel or something just I think jews are a state on its own, and a nation and I will like them back in europe with us at home <3, because they are there only because what we did in the second world war ;(

about navalniy... because he is a democrat, and i want russia to be a real democracy like the uk for example BUT i don't think the west should told russia what to do at the same time :)