interpals search online (4307) language exchange
Error : Oops! If you are seeing this, your browser is not loading the page correctly. Please try pressing Control-F5 to force reload the page. If this doesn't work, you may need to update your browser :
Download Firefox | Download Chrome | Download IE 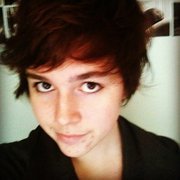 Hi
How are you? Have you done any professional productions? Have you written anything that has been performed? I have always dreamed of writing a play and performing it. I am just too busy to write a script at the moment with all my university work to do. I have acted and done some singing for a musical which was directed by my friend to promote her performing arts company. It was exhausting at first, but as the rehearsals went on I got so much fitter and the production was far more enjoyable when you are not panting most of the time! Haha.
Sandy

wish make friendship with you

I have 3, 2 on my main pic, and another in my other arm in chinese and it means : Remember you

Reply - Conversation - Oct 5, 2012
Hmmm, Sherlock... Not sure but think I haven't seen it. Maybe I should then, if you can compare it to Doctor Who :D

To be honest I'm not that big of a movie fan myself, I really do like movies every now and then, but not so much I could call it a 'hobby' of mine x) In general I like psychedelic and horror movies, can't name any good examples but anyway... And animations, especially old Disney, Pixar and anime. For example the good ol', great Miyazaki and Satoshi Kon (RIP) o___o

Superheroes... haven't read comics telling about superheroes really, but I should... At least some. I know that's a world still waiting for me to explore x) I like comics in general though, both manga and western comics. 'Bone' is one of my faves, if you know that :)