interpals search online (4116) language exchange
Error : Oops! If you are seeing this, your browser is not loading the page correctly. Please try pressing Control-F5 to force reload the page. If this doesn't work, you may need to update your browser :
Download Firefox | Download Chrome | Download IE 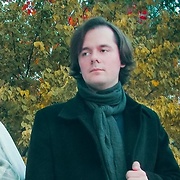 Reply - Conversation - Aug 17
Hello, Doc. Who is that person next to you on your profile pic? Looks nice.
I want to read all your book choices. What are your favorite words?
Why is it that you dont like Dostoyevskiy?

>we cannot change the world without understanding it

It’s smart to refer to Marx’s quite which I hinted at in my initial message, but he also said something else. That was that we are controlled by an abstract power from the outside by our own thoughts. In addition, I absolutely don’t accept this anthropocentrism chikkery – the world will not change merely to the fact that we, as we thought, understood something. “The real is foreclosed to thought” – the world in its totality cannot be even thought of, let alone changed. Instead, the world we live in now is too chaotic and complicated, many changers happen by pure accident. Radical contingency! For example, the tendency to consume less meat. Was it a victory of the animal rights movement? No, because the market decided so at some point, which is the abstract force too. The world is absolutely indifferent to what we think about it.

>But to understand something is to change it

Once again, that’s not change which comes with understanding, but understanding which comes with change. For instance, hermeneutics offers us many ways to understand, but which one is right? Have you ever heard about correlationism? Have you ever thought about the distance between us and the world? The world is not something like an opinion or an equality, it cannot be represented properly within one explanation, AT LEAST due to the fact that it’s CONSTANTLY changing, and you simply cannot catch something which always run away and away from you, and its pace is becoming ever faster. Moreover, if singularity comes, we may stop understanding changes in the world at all – it will be too complicated for us. The future will not be for people to understand, but the future will be thought of by something else, something more powerful

What’s real and non-real philosophy? Who decided so?
It’s a nice try, but what’s revolution caused by? Something other than us once again (initially), an abstract force, an “automatic subject”, whereas we only make it happen. I think that it’s pretty naive to think that people have had entire control over events in the history or the outcome of revolutions. It has always been steps in the dark being moved by something external

But philosophy cannot change the world, it goes back to itself by definition. You listed Marx, and he said the same thing. But actually, now I prefer Laruelle - he reveals how philosophy works in great detail. Philosophy, eventually, is just a mumbling of someone who is either very bored or insane.

Because I'm very passionate about computers. I love working on computers and dealing with them.

Science has always been fascinating to me. In fact it was one of my favorite classes in grade school. I always liked meteorology or geology the best. I love nature.

What made you want to go that route to begin with? Were you interested in it or was it something people pushed you to pursue?

I get where you're coming from. That's how I feel about computers. Currently studying web design and computer networking, and I'm not sure which one I want to go with in the end, but at least when it's all said and done I can go on with the knowledge of it all.

Damn that really sucks man. I completely understand that you're probably very frustrated that something you've spent a long time on can be so useless. Does it not have many job openings or something?

You're only 23 years old and have a masters degree in chemical engineering? That is pretty impressive.

Reply - Conversation - Oct 11, 2017
Квасдопил
Please Sign In or Join for Free to view the rest of this profile.