interpals search online (6519) language exchange
Error : Oops! If you are seeing this, your browser is not loading the page correctly. Please try pressing Control-F5 to force reload the page. If this doesn't work, you may need to update your browser :
Download Firefox | Download Chrome | Download IE 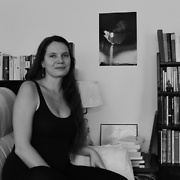 Reply - Conversation - Jun 3
I guess it is a bit strange that death, although so fundamental to existence, is very much something that differs in thoughts and portrayal through time.

In Egyptian religion Anubis had something of a counterpart Wepwawet*, who was portrayed with similar iconography; Wepwawet was the opener of the ways, death was not the end but the start of the next stage of existence, so Wepwawet was kind of like the angel of death, but he was seen as good, you'd be happy to see him.

I guess Greek religion was a bit closer to how any people view death today, when Heracles met people in the underworld they were grey and had a grey existence - the correct funeral rites were important, but they did not gain you every much....and Cerberus was there to make sure you did not escape! Actually that reminds me of another of those really old stories that just connects: Elpenor in the Odyssey when he begs Odysseus for a proper funeral, it just resonants, and the rationale is a little different, but that desire to be remembered and even honoured after you are gone just reaches out through time to me.

If you would like to write longer messages, or discuss more, I would be happy to see your words as a message .

Reply - Conversation - Jun 3
With art, or indeed writing, it is nice to think about what might be hidden by time or culture, but it is also amazing to see how some things can transcend these things. There was an Egyptian Pharaoh called Ramesses II (User maat Re, setep en Re, Ra mes su, mery Amun - to give a longer but still abbreviated version of his name!) He lived 3000 years ago, and he lived until he was about 90, often regarded as one of the greatest of the Egyptian pharaohs, considered a god when he reigned; he lost his wife about halfway though his reign, and although things were more complicated and it was a different world, you can actually feel his pain in the way she is described on the monuments of the time - he described her as "She for whom the very sun does shine". To be almost able feel the pain of someone from so long ago is very touching, and really does show how there are some things that are common to us all - I am probably not going to be buried with 4 or 5 tons of gold, but I know what it is like to miss someone.

George Harrison of the Beatles once described song writing as going to confession; and I wonder if that is what is the key to much great art, being honest - it can be painful or embarrassing to be brutally honest, but in doing so you can relate to people.

Reply - Conversation - Jun 3
There is a fundamental element with language, sometimes you can read an 'OK' story or poem, sometimes a very good one, but then very occasionally there is a set of words that goes beyond that, almost like the author has tapped into something elemental - perhaps it is different for different people, certain words and concepts might touch one person very deeply, but not even rouse the consciousness of another. (I think here one has to make the distinction with songs or music, there are musical 'tricks' one can use to create emotion.).
The 'papa' 'vater' kind of gets to the centre of a lot of language, lots of words are labels, but when a child uses the words 'papa' or 'mama' those are a lot more than just labels, it is perhaps even something beyond a concept.
And again the choice of words in poetry, when you read a 500 year old poet, there is no way that you can get inside the precise thoughts of that person, but you take the essence and apply it to your own thought - there is the possibility that you are completely wrong, but in some ways that might not really matter. (Bad example, but first one off the top of my head, the song 'Every Breath You Take' isn't a love song, but if a couple just hear the chorus of that song, and make it 'their song' are they wrong? My contention you can't really be wrong with art.)

Reply - Conversation - Jun 2
I think with the history of language it is not certain, but there is a reasonable degree of science to it; so for example we have 'father' in English and 'vater' in German - you can see how the 'v' became an 'f', in Latin there was 'Pater' (and similar in ancient Greek) - and using such comparisons they can trace what languages are related and when they diverged. Sanskrit in India for example is related to Latin and Greek - and Latin and Greek are the ancestors of most modern European languages.

I think the Egyptians are very interesting because their written language was a language like ours "I met Gerald last Wednesday to talk about the tomatoes in his allotment.", but the symbols also meant something as well, so the writer could 'spell' the same words with different symbols to make a point - I guess in English we do have a parallel, does a local factory 'grow' or does it 'assimilate local resources to get bigger'.

I think with Bauhaus one might be looking to amplify the difference between human culture and nature - and I guess in many ways language can be seen as a key dividing line; I find it quite interesting how many of the concepts that exist for us as humans may have been present from the very earliest time - maybe even some of the imperatives that can be seen in higher animals to this day.

Reply - Conversation - Jun 2
I think it is an interesting debate - Human beings have been speaking for 100,000 years, but only writing for 5,000 years. But when you read Gilgamesh, Beowulf or indeed Harry Potter, you are not seeing the world exactly as the author created, but you create the world in your own mind - but then if you're listening to a story in a group setting, does the performance influence the inner ideas listens have?There are differences even spoken words, for example a table, when I say 'table' I think of the table at my Grandfather's house, to you, the table you picture will be very different. Is a queen Elizabeth II, Elizabeth I...or Cleopatra?

When you mention both ancient and the visual, I think it is interesting how culture like Egypt covered so many things with such dense writing - the visual art of the writing was closely tied to the the message - I wonder how (if) this was expressed in performance too.

Are there any historical groups or individuals who inspire, or influence your work?

Reply - Conversation - Jun 2
Maybe you are the better person to know the answer to that! With your work (or indeed any works you like), would you prefer it to be read quietly inside someone's head, or would you like to speak it yourself? Would you say things differently if you knew it was just going to be read quietly, compared to spoken in front of maybe 100 people with glasses of beer in their hands!?

In France (and Spain) there is a language called Occitan, and the poetry in that language is almost exclusively oral - so of course you have the words linked to the excitement of the performance.

Reply - Conversation - Jun 1
I think that is true, but of course it is worse remembering in 1381 Wat Tyler's critique of the time he was living in was not well received, so it is nice really to have some 'contrary' words from that time that were allowed to survive!

In Old English the language worked very differently, but also to a point poetry and literature was presented differently, it was very much an oral tradition, so one can imagine a good speaker rousing his audience with the rhythm of some repeated consonants: Beowulf beat the barefaced brutality given grotesquely by the graceless Grendel (not an actual quote, my poor impersonation!)

Reply - Conversation - Jun 1
I could bore you a little bit with the significance of this piece to English literature and history! Essentially the piece as a whole contains a mild (and perhaps well received) critique of certain aspects of society in the times it was written.

From an artistic perspective, the piece uses alliteration as opposed to rhyme, and although this piece is old from our perspective, this aspect demonstrates a link to a far older period in English literature; if you look at works like Beowulf, or Cædmon's Hymn, alliteration was a key tool because of how the language worked in those times - lot's of words ending '-an' or starting with 'ge-' (pronounced 'yuh'), or 'th'.

Reply - Conversation - Jun 1
Hello, you commented up my abbreviated Blake quote - in return I will give you a verse of a poem that is local to you in Hereford....I do apologise for the slightly dated language, I think it was written in the 70s*:

In a somer sesun, whon softe was the sonne,
I schop me into a shroud, as I a scheep were;
In habite as an hermite unholy of werkes
Wente I wyde in this world wondres to here;
Bote in a Mayes morwnynge on Malverne hulles
Me bifel a ferly, of fairie, me-thoughte.

There's a place called Sandwich?!
1 2 3 [of 3]
Please Sign In or Join for Free to view the rest of this profile.