interpals search online (3426) language exchange
Error : Oops! If you are seeing this, your browser is not loading the page correctly. Please try pressing Control-F5 to force reload the page. If this doesn't work, you may need to update your browser :
Download Firefox | Download Chrome | Download IE 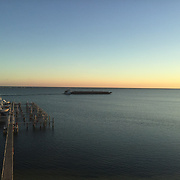 Reply - Conversation - Feb 16
When it comes to taste, there is no argument. Or as we would say, to each, his own.

Did you just discover what I wrote to you two years ago?

I think it is so cool that you are learning Latiin!

I took three years back in high school and learned more about English in Latin class than in English classes. I ended up learning and eventually teaching German and found Latin useful there too.

My birthday is August 24th. If I had lived during the Roman Empire, I would have been killed as a baby because all children born on that date were sacrificed to the gods.

One of my friends taught Latin in the school where I worked. He was writing a book about Roman cultural history and that was one of many interesting facts in his book, which I remember.

He asked me to read and edit the book for him, which I did. Sad to say but the book was never finished. He felt too few people would be interested so a publisher would be difficult to find.

One of my favorite sayings: De gustibus non disputandem. (Can you figure out what that means?)

Hi....
Please Sign In or Join for Free to view the rest of this profile.