interpals search online (6803) language exchange
Error : Oops! If you are seeing this, your browser is not loading the page correctly. Please try pressing Control-F5 to force reload the page. If this doesn't work, you may need to update your browser :
Download Firefox | Download Chrome | Download IE 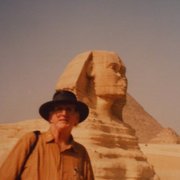 I'm involved in a relationship, I don't need flirting. Am I open-minded if I do not respect my boyfriend?????

and Tanta is between Cairo and Alex.. i mean when u wanna go to alex from cairo then u must passes by tanta and its near to cairo just 1 hour by train ...

thanks for visiting my profile mr paul

Reply - Conversation - May 18, 2009
Looks like the Salutations is still there. I've never really been there though. I went to the Uni the other side of Manchester :-)

Reply - Conversation - May 9, 2009
I've just seen the old movie with Kirk Douglas - Ace in the Hole - set in NM - near a mountain called the Mountain of the Seven Vultures - does that exist or only for the movie?

A Russian girl - Wild West buff - put me onto the site about Billy:the Kidd and the town of Lincoln. It says that the Sheriff was named Brady who was shot and that my cousins name who also came from the same town of Cavan in Ireland - so, there might be some connection - it's a slim chance - but I'm fairly desaprate to travel so any idea is a good one at this stage.

Reply - Conversation - May 2, 2009
Well, there isn't a whole lot to do in Albuquerque. There are other cool things to see in NM, but I can't think of anything terribly exciting within ABQ. We have The International Balloon Fiesta in October, which is fun. And there is always plenty of hiking to be done.

Reply - Conversation - Apr 1, 2009
Hey Paul
I'm kinda scared to ask how buses and transports are in Brisbane, if you think those you found in Lecce were good...
I think in Italy everything regarding communications are very weak, from the post to television to transports... especially in the south!