interpals search online (27) language exchange
Error : Oops! If you are seeing this, your browser is not loading the page correctly. Please try pressing Control-F5 to force reload the page. If this doesn't work, you may need to update your browser :
Download Firefox | Download Chrome | Download IE 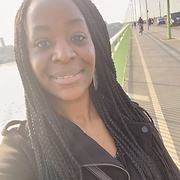 Reply - Conversation - Apr 21, 2020
yes the walking dead is a typical zombie series yes it can be very brtal in some seasons and there is a lot of blood the 8oer years are so best years of horror movies and of course other musically seen the 80s are influenced by disco music and the beginnings of hip hop were called breakdance but every direction of a certain thing has its climax at some point

Reply - Conversation - Apr 21, 2020
how shall I say stranger things are very different from series like the walking dead but because stranger has such an 80s flavor with a drop of science fiction it is inevitable that this is a hit on netflix but horror is not everyone's cup of tea I am a fan of the genre but that doesn't have to appeal to others

Reply - Conversation - Jan 15, 2020
Hello I would love to make friends with you and share your thoughts and feelings about life